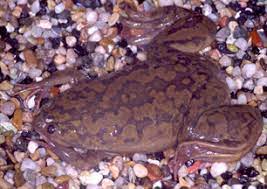 DNA fragments from Xenopus laevis Recombinants, the African frog, was cloned into the EcoRI site of Escherichia coli plasmid pACYC189 and tested for their ability to initiate and complete replication of the recombinant plasmid when injected into unfertilized X. laevis ova. After measuring [ 3 H]-thymidine incorporation per egg for several recombinant plasmids, pSW14 and pSW9, respectively containing a small segment (550 base pairs) and several kilobases of frog DNA, were selected for further analysis. Despite the small size of the segment in pSW14, it incorporates at least 3-fold more labelled thymidine in 2 h than pSW9 or the vector alone. 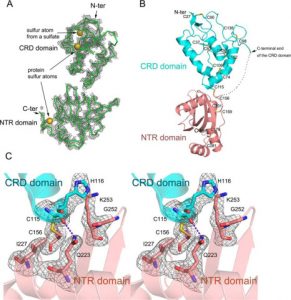 DNA synthesis in pSW14 was shown to be a replication rather than a repair synthesis, based on a buoyant density change of the product when iododeoxyuridine was used for labelling. To determine the number of replicates of pSW14, a novel method was used. Because pSW14 is a head-to-head dimer of the vector with the Xenopus fragment inserted into an EcoRI site, the plasmid has three methylatable sites, two in parentheses from the Xenopus fragment and one opposite the fragment. By transforming E. coli with pSW14 and pBR322 containing the EcoRI methylase gene, supercoiled pSW14 was methylated and injected into eggs with [3H] thymidine.

The disappearance of the semiconservative replication-modified EcoRI sites was followed by measuring the sensitivity to the EcoRI endonuclease over time. The results showed that approximately 50% of the labelled supercoiled DNA recovered from the eggs after 4 hours was sensitive to EcoRI digestion, indicating that most of the DNA incorporating [3H]thymidine had replicated twice during the 4 hours. hours in the unfertilized eggs of X. laevis. We conclude that pSW14 has a functional origin in the Xenopus DNA segment.

The codon-optimized PfHly III gene was cloned into plasmid pET22b (Novagen-Merck Millipore). PfHly III was amplified from pET22b-PfHly III by PCR with a 5′ primer (5′-GGATCCCATCACCACCATCATCATGAATTCATGGAATTTTACAAAAAC-3′) and a 3′ primer (5′-TCTAGATCAGTGGTGGTTGGTGGTGGTG-3′) to generate BamHI and XbaI sites compatible with plasmid pUC18 (Agilent/Stratagene, Santa Clara, CA). The DNA insert was confirmed by sequencing.

The ampicillin-resistant pUC18-PfHly III expression vector was transformed into competent Escherichia coli HB101 cells and cultured at an optical density at 600 nm (OD600) of 0.4, followed by protein induction at 37 °C of 16 h with 1 mM isopropyl-β. -d-thiogalactoside.

The bacterial pellet was sonicated in 2 ml phosphate-buffered saline (PBS), followed by microcentrifugation at 12,000 × g at 4 °C. recently III was purified from the natively soluble supernatant by addition of preloaded Ni2+ nitrilotriacetic acid (NTA) resin and incubated overnight at 4 °C with gentle mixing by end-to-end rotation, followed by centrifugal washes with PBS containing 5 mM imidazole and finally elution with 100 mM EDTA. Elutions were dialyzed overnight at 4°C against PBS (pH 7.5) using Slide-A-Lyzer (Thermo Scientific) to remove EDTA and imidazole. Plasmid pUC18 alone was transformed, induced and purified under the same conditions and used as a negative control. 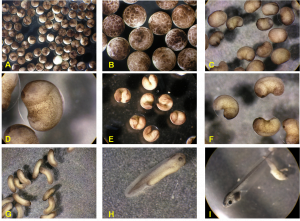 Soluble recently III was separated by SDS-PAGE and transferred to nitrocellulose membrane (Bio-Rad). The membrane was blocked with Qiagen’s blocking buffer at 37 °C for 1 h, washed 3 times with PBS (0.05% Tween 20), and then incubated with a 1:1000 dilution of the anti-His-peroxidase conjugate. horseradish (HRP) on lock buffer at 4°C overnight. The protein was visualized with enhanced chemiluminescence.

Human erythrocytes were washed with PBS (pH 7.5) three times and adjusted to a final concentration of 1% (vol/vol). The erythrocyte suspension (0.1 ml) was incubated with 0.1 ml recently III diluted in PBS. The mixture was incubated for a total of 60 min at 37°C. The reaction mixtures were then centrifuged at 1,000 × g for 5 min.