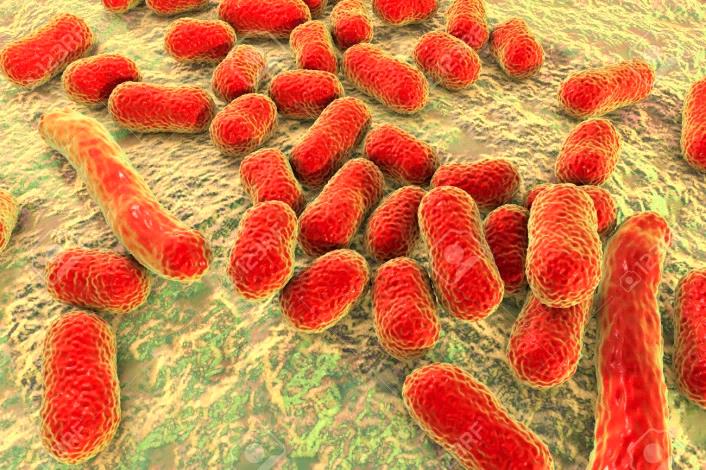 Acinetobacter baumannii Recombinants has become an important and troublesome human pathogen as it is the causative agent of various types of infections, including pneumonia, meningitis, septicemia, and urinary tract infections. We explored the pathogenic content of this harmful pathogen using a combination of DNA sequencing and insertional mutagenesis. The genome of this organism was sequenced using a high-density pyrosequencing strategy, a novel and rapid high-throughput sequencing method. Excluding rDNA repeats, the assembled genome is 3,976,746 base pairs (bp) and has 3,830 ORFs.

A significant fraction of the ORFs (17.2%) is found on 28 putative alien islands, indicating that the genome has acquired a large amount of foreign DNA. Consistent with their role in pathogenesis, a notable number of islands (16) contain genes involved in virulence, indicating that the organism devotes a considerable portion of its genes to pathogenesis. The largest island contains elements homologous to the secretion apparatus of Legionella/Coxiella Type IV.

Type IV secretion systems have been shown to be important for virulence in other organisms and thus likely help mediate the pathogenesis of A. baumannii. Insertional mutagenesis generated avirulent isolates of A. baumannii and verified that six of the islands contain virulence genes, including two new islands containing genes that lacked homology to others in the databases. The DNA sequencing approach described in this study allows rapid elucidation of the DNA sequence of any microbe and, when combined with genetic analyses, can identify many new genes important to microbial pathogenesis. 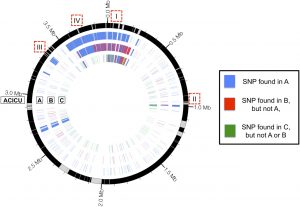 Pathogenesis of insertional mutagenesis by high-density pyrosequencing with ethanol